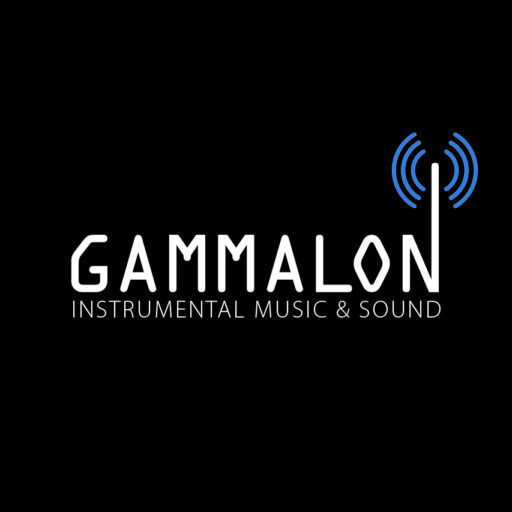 Crashing thunder opens the record and once the rumble fades away in the distance, the listener gets submerged into life’s various forms of water​.

A reminder of days long ago of top-down evening cruising up the Sunset Strip, tropical breezes on our faces that pass through the evenly spaced roadside palms which, in stunning fashion, give way to the glowing lights of the city laid out before us.

Inspired by the view from Santa Monica Beach at dawn where our eyes would stretch for miles out over the Pacific toward the horizon. The event horizon describes the last possible moment from which nothing (not even light) can escape the gravitational pull of a worm hole.  The music seeks to pull the listener toward the event horizon and finally into the worm hole -sonically signified by the moment when Arturo kicks in the 2/4 drum beat over the repeating 6 note transporting musical motif.  The resounding gong at the end signifies the end of the journey where the listener emerges on the “other side” to some unknown fate.

Set in this composition is a mixture of French, German, English, Spanish and Japanese talking heads which coalesce at various points in the song, hence scattered (across the globe) and connected (by technology).  The piece features a metal riff in the second half of the song which we swiped, in part, from something we found called an “audio cassette” recording in the radio station vault recorded by some Baltimore, Maryland speed metal band named “Hallowed Bane” dating back to 1987. The song is about reaching one another and wondering whether or not we are within each other’s grasp.

We found some old movies in the radio station’s vault that we’ve been watching in the lounge, and there’s one dating back to 2003 that’s became a favorite, called “Kill Bill” by Quentin Tarantino.  “Jade Dragon,” which we created while in an altered state of mind,  is sort of a warped musical comic book of the untold pre-movie life of Pai Mei, the cruel and aged kung-fu master created by Tarantino. Our composition features lots of traditional asian musical instruments and percussion mixed with some modern electronica, a screaming Chinese kid (portraying Pai Mei in his adolescent years) and some creepy fuzz guitars.  The song is basically a short musical synopsis of milestone events in Pai Mei’s life. The composition is organized chronologically as follows: Part 1 – “Peaceful Childhood in the Mountains” This serene intro features the sounds of the haunting Chinese guzheng zither and the soothing Japanese shakuhachi flute.   Part II titled “The Poisoning of an Adolescent Mind” is where the composition gets dark and brooding and electric.  A young Pai Mei learns that his parents have been killed as a result of a misunderstanding by a group of excommunicated Shaolin Monks during an off chance and trivial encounter – the seminal moment which forms a lifetime of quiet ferocity for Pai Mei.  Screams of rage in Mandarin are unleashed in part II. Part II also features some unusual melodies played in a chromatic scale.

“Village of Isolation” Pai Mei is regarded as a strange and contemplative boy.  He spends much time alone practicing the art of Kung-Fu secrectly transforming himself into a lethal youth. None of the other children in the village on the mountain play or engage Pai Mei because he makes them uneasy.  So he sits and broods and watches the children play wishing he were invited to join in. Part IV – “Pai Mei Takes a Shrewish Wife” Pai Mei has become a young man keeping hidden his unusually gifted and deadly talents. The society of the day and his strict formal upbringing compel him to properly (and reluctantly) take a wife.  Part IV features the melodious vocal stylings of Yoko Ono who portrays Pai Mei’s wife.  Part IV is intended to be a cacophony of swirling sounds of very old traditional Chinese wedding music along with Yoko’s vocalized lunacy which serves to bombard Pai Mei’s consciousness which further darkens the cloud over him. Her annoying and embarrassing existence further forms his intolerant and reactive nature, while largely dormant now, leads to a future filled with acts of cruelty. Part V is the asian-rock-electronica section at the end entitled “Return to the Mountains” In this finale we hear a Yoko Ono vocal reprise where Pai Mei, unable to suffer his wife any longer, swiftly and deftly dispatches with her life then proceeds to ascend the mountains from whence he came.  This brings us up to date with the character in the movie who with boundless munificence cruelly trains assassins in seclusion in the Chinese mountains.  Tarantino takes over from here.

Such treasures the radio K.A.O.S station’s vault holds!  We found an old piece of reel to reel tape of a radio program lasting over an hour in duration called “War of the Worlds (WOTW)” which we learned was an infamous radio broadcast on October 30, 1938 – known as “The Day America Panicked.”  The tape’s accompanying program notes states “Upwards of a million people were convinced, if only briefly, that the northeastern United States was being laid waste by alien invaders.” The panic inspired by director Orson Welles made WOTW perhaps the most notorious event in American broadcast history. Arturo carefully selected five key broadcast transmissions from the program tapes, and we created different moods and movements of music inspired by the storyline around those spoken passages. The setting for the opening of WOTW is a church in the New England countryside where the village parishioners succumb to panic and hysteria.

A short delicate piano piece which serves as Peter’s tribute to his grandmother who as a young girl was undoubtedly unaware of the fate that would lay in waiting some 70 years hence. This piece was inspired by the stories she would tell of her summer vacation trips in her youth on the east coast to Normal Rockwellian beach resort towns – an annual summer family respite typical for that time.​

The Power of the Ripple Effect

Musically, the composition features a hypnotic drippy keyboard melody that seems to usher in ripples of cascading waves of sound to the listener.  The music that fills the gaps between the melodies seem to echo back in response.  Elena lays down a killer flanged-out bass solo in the middle which bridges the verses.

This is Firehammer’s sound effects masterpiece. We uncovered a huge sound effects library in the radio station’s vault. Art got engrossed and spent many hours searching for what he thought were just the right sounds to paint the picture that you see in your mind’s eye.  There are 5 sections to this piece:  1) Spacewalk 2) Air Lock Entry 3) Corridors 4) Fire Onboard 5) Angels.  The “Corridors” section features the creepy ballroom music from the final zoom-in scene to the 1928 photograph on the wall of the Colorado Lounge at the Overlook Hotel -which was the setting of an old horror movie we’ve been watching called “The Shining.” Once onboard, the astronaut attends to various diagnostics then plays the ballroom music down the cold, sterile white corridors just before the space station is engulfed in flames from an onboard electrical malfunction.  Angels arrive on scene to provide the soul of the lone astronaut safe passage to the afterlife.

A continuation from part 1 where Angels gently set the space station astronaut down into paradise where he can be at peace with his creator.  An eventual rendezvous the rest of us believe was orchestrated six months ago when the meltdown occurred in Okuma, Japan.

Six months ago the CDC projected that approximately 4% of the world’s population would remain alive, dubbing the future survivors “I-24s.” Massive amounts of gamma radiation - leaked from the Okuma, Japan facility - had drifted across the Nansei Archipelago on the Pacific Trade winds only inflicting us with 24 hours of flu-like symptoms. We quickly became pioneers, farmers and technicians over the ensuing slow and devastating weeks until we had to become militiamen as well. Some I-24's began to gamma-morph growing hideous and dangerous mutations. The radiation also altered their minds, depleting their cognitive abilities and leaving them crazed, raving, unpredictable and desperate. The perimeter is under constant guard. Sometimes they slip through and then we blaze up any undesirable lively ones with the flamethrower we liberated from the West Hollywood armory.

Art, Elena and I have taken up residence here at the Radio K.A.O.S. FM band radio station on Sunset Blvd. There's 42 of us as of now that have formed a community. We finally managed to bring the station's transmitter back online this morning, and our broadcast message is looping out over the west coast airwaves. Now we just wait and hope for others to arrive.

We spend the evenings relaxing at the radio station lounge and cantina shooting pool and playing old radio program tapes we’ve found in the station’s vault. There’s also a recording studio with instruments down the hall where we’ve written and recorded our first album. I wonder if anyone will ever hear it.​ 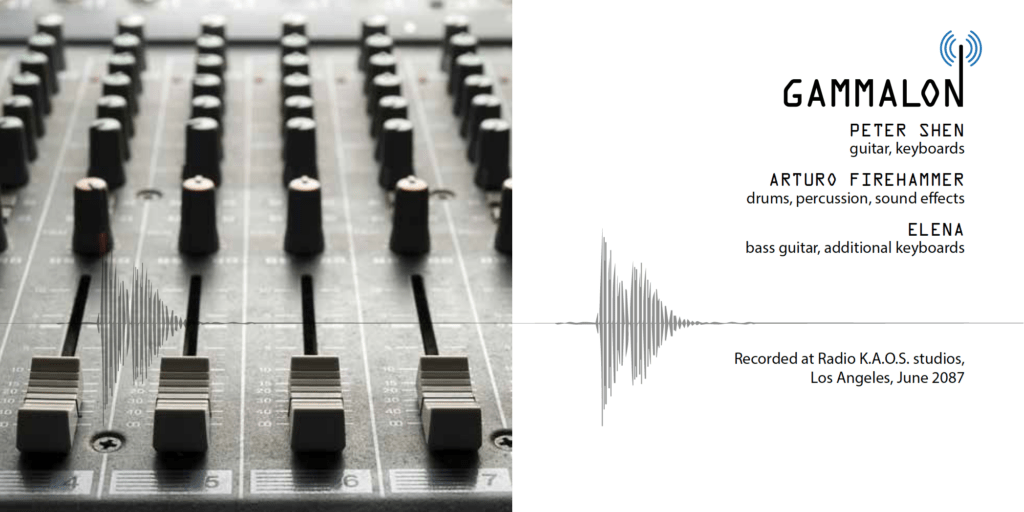 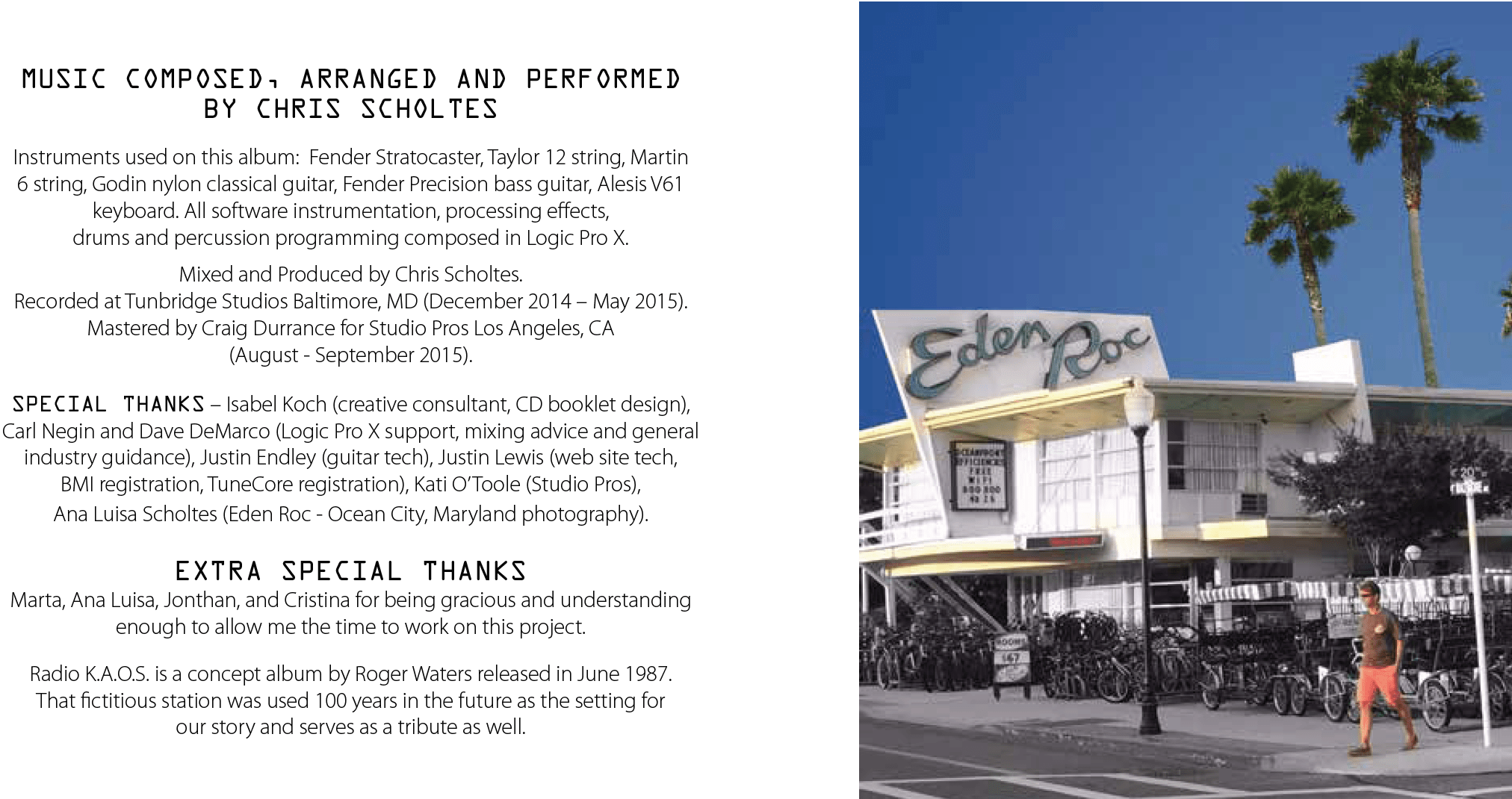 Awesome stuff Chris! Congratulations. I especially like the Mogwai/Floyd bit at 1:46 and the ambient Shine On part at 3:01. You've got some amazing stuff going on. Can't wait to hear the full tracks.
C.N.
Chris, you should be very proud of this body of work – I’m really impressed. Great playing, song construction, production, soulfulness, and emotion. I’m almost ashamed that you lower yourself to jam with the likes of me. Congratulations!
T.F.
Really great! Congrats on putting this together. It sounds like you have almost an electronic/house music thing going on in some of the songs, and the guitar kind of still grounds it in a rock feel. Can't wait to hear the full album.
S.B.
Great job, Chris! I totally hear all of your influences in these clips! Rock on, my friend!
C.B.
I can hear some of your influences, Chris. Saw Lyle Mays play with Pat Metheny several times. Very emotive.
M.M.
Previous
Next