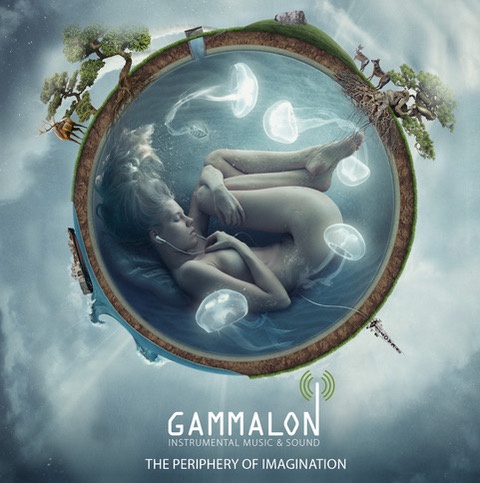 Sound collage that kicks off the album, sort of sounds like it could be theme music for “Stranger Things” series. It warns of unintended consequences of the discovery of anti-matter via the Large Hadron Collider (LHC) under the mountains on the Swiss/France border at CERN.

This is the centerpiece of the album in a sense. This song has a little bit of everything – heavy prog rock tune with some electronica, horns, glockenspiel, spacey intersteller section where the astronauts aboard the Marella Explorer* conclude that their mission is doomed. The song builds and abruptly stops in the final prog rock sequence of the main anthem riff. The music drops out to a very quiet guitar chord sequence which builds and includes melodies overtop to close out the song.

*named after a large yacht docked in Cannes, France which I noticed on our trip to Europe in the summer of 2018. I loved the name and made a mental note.

This composition opens with an electronica/techno modern jazz type beat and tempo with GR-55 guitar synth floating over some synth pad chords which break to computer/techno sequence with a pulsating beat, sparse bass line and piano notes to provide backdrop on all the sounds going. This second part is given over to a Pink Floyd-esque section of psychedic chords, guitar lines and sound fx.

On the Periphery of Imagination

Haunting piece featuring right and left channel acoustic and nylon guitars. Musical story of a man who never gets over his wife’s passing. Her ghostly image appears to him on a frozen lake way out beyond farm country. He’s there to do some ice fishing. He hears her whispers and she calls him to the thinnest part of the ice (her whispers can be faintly heard at various points of the song). In a trance he approaches willingly and falls through, the icy depths engulf him and morph into an embrace in the afterlife with his bride

Tales of the Scottish Highlands

This composition, inspired by the beauty and awe of the Scottish Highlands, has three distinct sections:

Part 2: Atop the Majestic Highlands

The piece opens with the “March from Culloden Moor” featuring bagpipes, shetland field snare drums and other period Irish and Scottish instruments. The piece takes this listener to part 2 “Atop the Majestic Highlands” where the battle preparations are made. This second section of music opens with the sounds of souring eagles atop the Highlands and a piano melody which serves as a bookending couplet in part 2. A medieval recorder melody plays which is then given over to a lyrical guitar solo in the middle. The transition to Part 3 “Bravery and Resolve” is bridged by cinematic battle sound FX. Part 3 features an expanded GS-300 guitar synth solo (sort of tribute to Pat Metheny and Lyle Mays).

One Night in Barcelona (for Marta)

Tribute to my wife and fond memories of our time in Spain in the summer of 2018. This is a jazz guitar ballad with some mild electronica (verse 2) with Spanish influences including a bandonian (accordian family) interlude following the second verse.

“In Bloom” is a short (0:54 seconds) slow-pulse tempo piece featuring a GS-300 guitar synth melody over a heart-beat like bass and watery guitar chords. “In Bloom” transfers into the very up-tempo “Arrival” which features some overdriven guitar noodling, lots of ambient sound as backdrop which then climaxes with a flurry of thick and furious climbing, layered guitar synth lines overtop 12-string acoustic guitars.

This piece is the 3rd in a series of compositions for each of my three children. The first two “Summer of Ana Luisa” and “Winter of Jonathan” appear in the first two albums, respectively. The references to the seasons coincide with the timing of their births. The “Spring of Cristina” is a spirited piano piece which reflects the usual constant and happy motion (skipping, playing, dancing) of my daughter. The two piano verses (the second includes harmony acoustic guitars in the right channel) are given over to a short melodic piano solo followed by a guitar solo with a jazzy feel.

Beyond the West Fjords

This track begins with a modern, but tribal drum beat conjuring images of nordic vikings on the sea. The West Fjords are in a remote area of northern Iceland. “Beyond the West Fjords” chronicles a perilous sea-journey to the icy north. Midway through the composition there is a cinematic sequence of wooden viking boat sounds that culminates in an up-tempo metal section which resolves and returns the piece to the tribal drums, but this time to the music of deep, dark low orchestral strings. Those strings build then break like a fog lifting into the calming and warmer fading outro of the tribal drums.

Gammalon is ever-changing. Nature’s gnarled fingers have engulfed the world, slowly swallowing humanity’s footprint. New waves of gamma rays bloom, gifting us with the beauty of ultra-vibrant and alien sunsets over the Pacific horizon. Even now, as the sky is painted in a stunningly surreal display, the gamma rays continue to unleash terrifying mutations.

Within the guarded walls around West Hollywood, CPF is stable and well-managed. We’ve developed a reliable fresh-water system, and the communal farming co-op program is running smoothly. Our population is slowly growing through the arrival of new pioneers and the offspring of colonists. A small band of settlers from Milwaukee arrived last month, and now (thank God) we’ve begun brewing beer. We also rigged up two duck pin lanes at The Lucky Strike on Sunset Blvd. All reasons to be happy, but my true joy and purpose came with Elena’s whispered good news; we will become a family of three next April. Indeed, these are good and prosperous times, but close to the surface churns a perpetual undercurrent of fear – like barbed tentacles waiting to strike.

CPF healers managed to briefly study the three that turned until the danger became too great. Fortunately, they lived long enough for us to discover their strange and frenzied intolerance to, of all things, blackberries native to this region. We used the fruits to synthesize a simple, but effective syrup and tested all 127 people in our population.

Sadly, eight more tested positive, reacting violently to ingestion. Eventually, they also turned. We witnessed their torturous and painful metamorphosis — a very sickening process to observe — until they were mercifully freed by the Flamethrower.

Elena and I also suffered the very personal loss of our drummer and close friend, Gregor. One afternoon, he detected a weakened signal in our 17 second cycle loop – the repeating radio message of coordinates that guided him and many others to the safety of our colony. Gregor foolishly climbed the Radio K.A.O.S. transmitter tower without a harness. He fell 375’. We buried him beneath a rising dune with a picturesque view of Playa Del Rey, his favorite beach.

Then came Elena’s unsettling dreams, regarded now as premonitions. Surreal and opaque at first, they soon crystalized with chilling focus: the turbulent ocean, a ship emerging through the fog, and a dark figure onboard surrounded by loyal deckhands. I’m worried how these images are affecting her. Elena’s sleep is restless, and she wakes in palpable terror every night. Each day she’s paler and a little more withdrawn.

Meanwhile, in the evenings, we’ve been attempting to channel the experience of Elena’s visions into musical expression. The writing has been therapeutic, and we are experiencing some sense of peace in the 2nd floor recording studios at Radio K.A.O.S. Our 3rd album features a new drummer (and chief distiller in CPF), Milwaukeean, Walcott “Wally” Jackson. Here it is for your listening pleasure, should it someday reach you. Off in the distance the scout’s sirens are calling all men to their posts. A ship has been spotted. The vision on the periphery of Elena’s imagination is approaching Santa Monica Pier. Time to go. After one more nip of Wally’s Pacific Coast Rye for courage. Cheers.

Well, well, well. It appears guitarist/composer Chris Scholtes has released yet another instrumental progressive rock album; his third in five years if my tally is accurate. As with previous efforts, all of it was conceived of and executed by Scholtes, ensconced in his home laboratory.

Now wait a minute. Aren’t most rock guitarists’ instrumental albums little more than sacrificial ambient beds over which ponderous guitar solos weave and bob? Have we not learned that searching for melodic content and thematic development amongst the sturm und drang of weepy wah-wahs and searing solos is tantamount to expecting existential enlightenment from the pen of fist-pumpers like Pitbull? Thankfully, Scholtes’s “night job” replicating the essence of David Gilmour in the Pink Floyd tribute juggernaut Several Species has taught him a thing-er-two about employing compositional taste.

The term “progressive rock” can be a misnomer. Does it mean forward-thinking composition fusing disparate elements into a modernistic mélange, or does it mean quite the opposite; conspicuously retro orchestral rock designed to hearken back to the halcyon days of Yes, Genesis, et al?  Over the course of three albums under the name Gammalon, Scholtes would have us think he’s a bit of two minds on the matter. Each successive release sees the composer stray farther afield from his sonic signature (that being Gilmour’s). Now, on The Periphery Of Imagination, Scholtes invites you to grab your passport and join him for excursions hither and yon. You’ll experience Scotland, Spain, Iceland and the western US; all seen through the eyes of an unrepentant anglophile.

Other surprises abound – witness the juxtaposition of the pastoral and the brutal on “Beyond The West Fjords”, the longing for love lost in “Frostlake Encounter” and the impending fate of a doomed space voyage in “Marella Explorer”.

Dare it be said, guitar isn’t even the focal point of many of these tracks. One might need reminding that this is indeed a guitarist’s effort; such is the emphasis on atmosphere and timbral symmetry over fleet-fretted finger fodder. The Periphery Of Imagination also marks the debut appearance of guitar-synth on a Gammalon record. Scholtes uses the instrument to conjure other-worldly tones and cinematic textures reminiscent of Pat Metheny on three of the disc’s cuts. See if you can identify the tracks! You’ll know it when you hear it.

While the first two Gammalon releases reflexively echoed Gilmour’s oeuvre, The Periphery Of Imagination reveals Scholtes’s comfort in shedding the Floydian cloak. In so doing, he demonstrates that he has more than a saucerful of secrets to share.

Read more about Dave DeMarco on:

Awesome stuff Chris! Congratulations. I especially like the Mogwai/Floyd bit at 1:46 and the ambient Shine On part at 3:01. You've got some amazing stuff going on. Can't wait to hear the full tracks.
C.N.
Chris, you should be very proud of this body of work – I’m really impressed. Great playing, song construction, production, soulfulness, and emotion. I’m almost ashamed that you lower yourself to jam with the likes of me. Congratulations!
T.F.
Really great! Congrats on putting this together. It sounds like you have almost an electronic/house music thing going on in some of the songs, and the guitar kind of still grounds it in a rock feel. Can't wait to hear the full album.
S.B.
Great job, Chris! I totally hear all of your influences in these clips! Rock on, my friend!
C.B.
I can hear some of your influences, Chris. Saw Lyle Mays play with Pat Metheny several times. Very emotive.
M.M.
Previous
Next